Home » The System of Recruitment

The System of Recruitment

Evidence further suggests that it was easier to recruit in years of adverse conditions than when circumstances seemed on the mend. Nonetheless the push factor alone was not the cause. One must note that the life of Indian rural peasants did not begin to deteriorate in the 19th century, the vicissitudes they encountered were evident in earlier periods. They had not then moved abroad in such large numbers. It was India’s subjection to the British Empire that provided both outlet and inducement for Indians; colonialism provided places where labour was desired and encouraged it to exploit opportunities offered for cash employment in far-off colonies.

Those whose task was to recruit labourers painted glorious pictures of the would-be destination and those in penurious circumstances fell prey to such descriptions. All who have written about the indenture system have been consistent in emphasising the role of the arkati or the recruiter’s agent in enticing Indian peasants away from village life in quest of wealth.

The arkati showed the way but he was assisted in some degree by the peasant’s ignorance and gullibility amidst tales of easy work and quick money, which promised a better future. Even if it were not heaven, it was an escape from misery and deprivation. The arkati used deception, but one needs to explain why peasants responded readily.       Their simplicity, limited knowledge or a lack of it, or credulousness, provide only a partial exposition. To regard it as complete would be to dismiss thousands of labourers as simpletons. This they were not. Most of them were, in fact, young enterprising men and women, otherwise they would not have overcome the rigours that awaited them.         In the interviews recorded the arkatiemerges as a crucial link in the chain of the indenture system. He provided the pull through suggesting how those in despair might extricate themselves from despondency. The average peasant might not have found alternatives without the assistance or cajolement of the arkati. While arkatis misled by suggestions such as Fiji being near Calcutta, those inveigled were willing partners in the scheme. As S.N. Eisenstadt has suggested, migrants are often motivated by the desire to seek security and Indians who became indentured labourers provide evidence to substantiate this thesis. What the arkatis did was to offer a solution that would-be emigrants found timely and. appropriate.

Having persuaded an individual to migrate, the arkati usually had him sent to either Calcutta or Madras, the two ports of exit.  – Dr Ahmed Ali – GIRMIT The Indenture Experience in Fiji 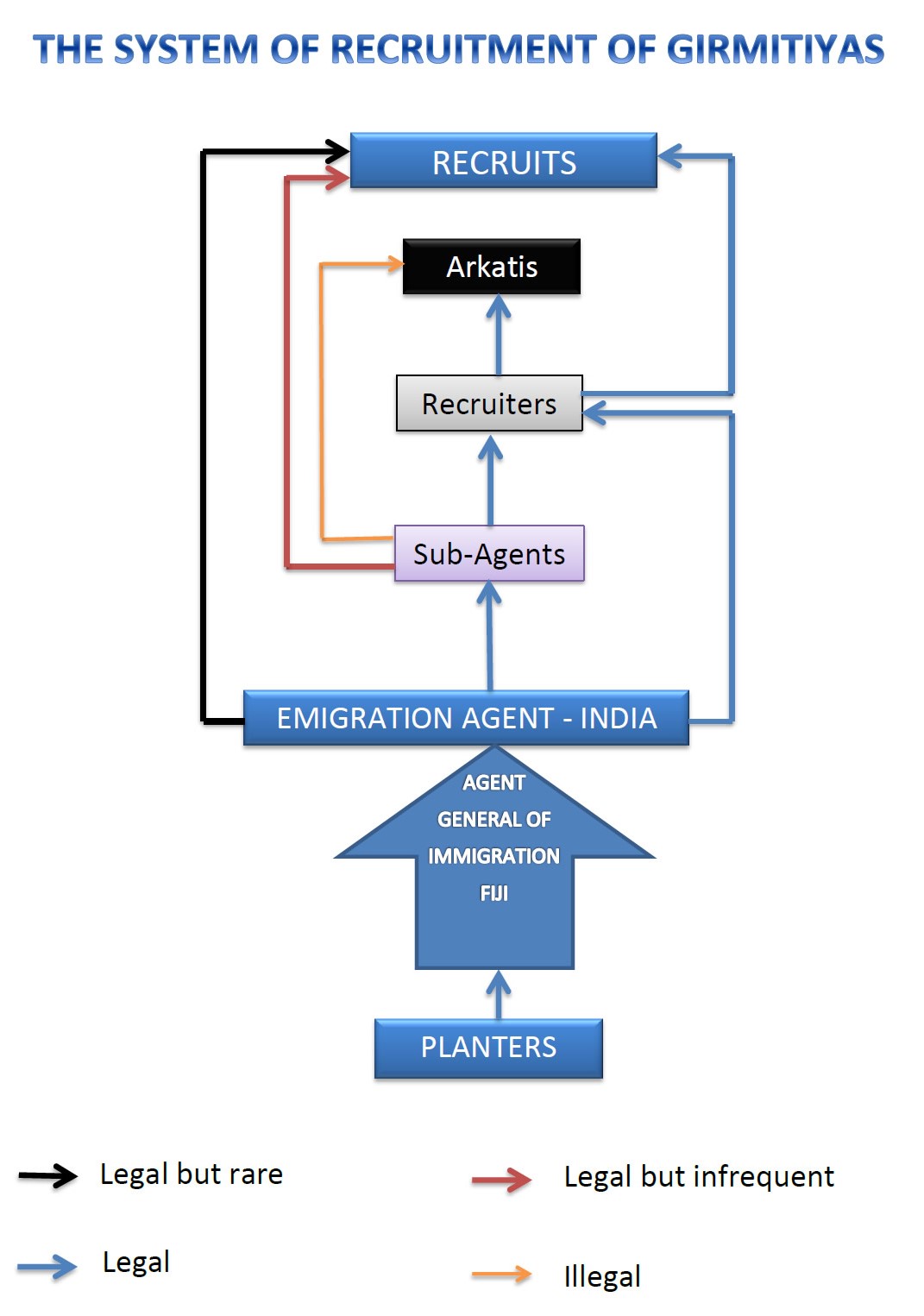